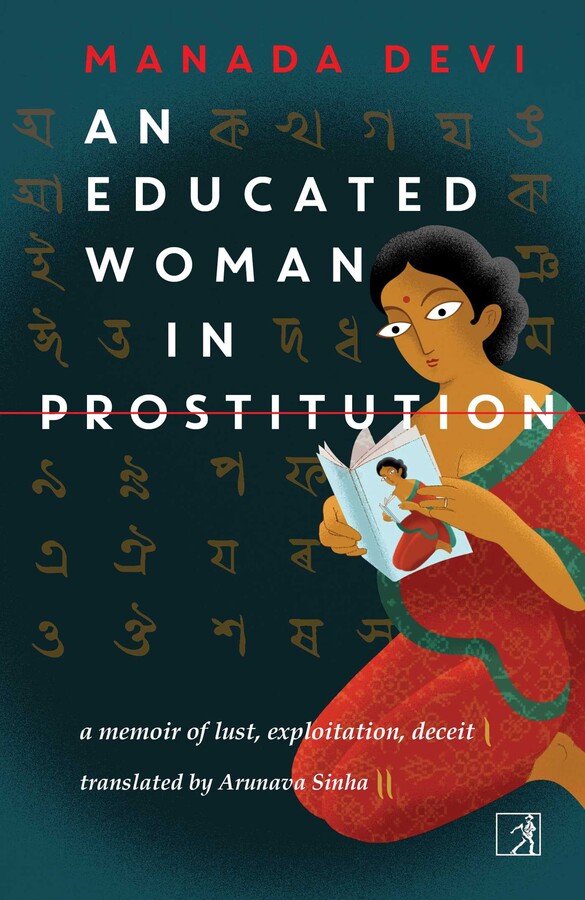 An Educated Woman In Prostitution

‘But now, having travelled to the frontier of the world of sins, I no longer hesitated in trampling over the remnants of the goodness in my heart.’

Manada, Maani didi, Feroza Bibi, Miss Mukherjee – the jostling identities of our beguiling and charming protagonist as she glides through a life that can be seen as exploitative yet, also, curiously, empowering and honest. Manada’s fascinating life story takes her from her wealthy cossetted upbringing to a life of debauchery and prostitution after she elopes with her married lover when in her mid-teens. She is capable, attractive and doesn’t ask for pity as she struggles with illness, poverty and abandonment, but ensures that she emerges relatively unscathed and carves a niche for herself in her profession.

Manada matures and settles into a life of prostitution, entertains barristers, doctors and other men of high society. She describes her colourful life with relish but is often introspective as she places her own position as a sex worker in the context of the times, calling out young sanctimonious patriotic men who maintain a high standing in society yet secretly fancy prostitutes. Rather tantalisingly she takes no names, only occasionally hinting at their identities, to avoid scandals and protect the double lives of men who are well-known in Calcutta in the 1920s. Weaving together multiple strands, looking beyond ideas of morality and accusations, we are presented a life of immense beauty and endurance, which is both grand in its scope and deeply intimate in its portrait.

An Educated Woman In Prostitution