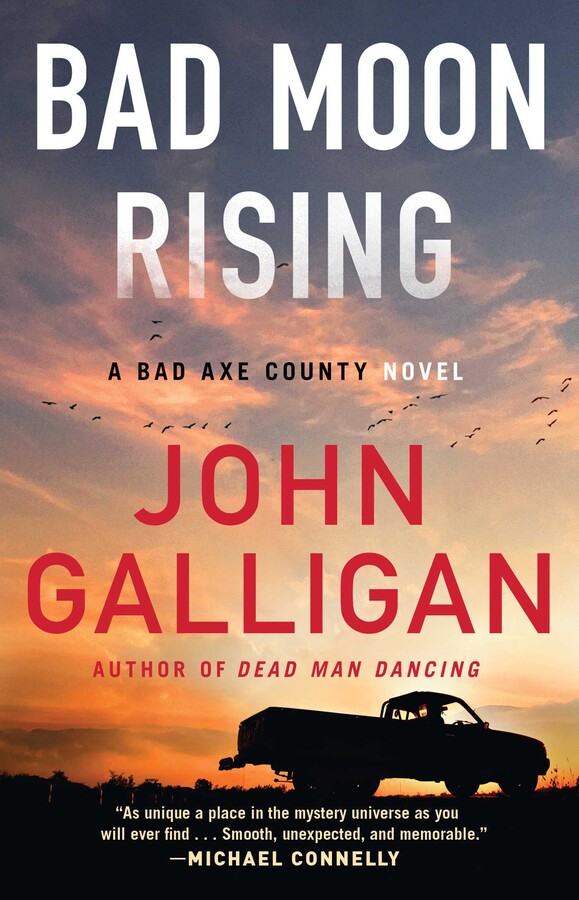 “As unique a place in the mystery universe as you will ever find...smooth, unexpected, and memorable. This book is a diamond in the rough.” —Michael Connelly, #1 New York Times bestselling author

A record heat wave suffocates remote rural Wisconsin as the local sheriff tracks down a killer hidden in the depths of the community in this atmospheric, race-to-the-finish mystery by the acclaimed author of the Bad Axe County series.

Sheriff Heidi Kick has a dead body on her hands, a homeless young man last seen alive miles from the Bad Axe. Chillingly, the medical examiner confirms what Sheriff Kick has been experiencing in her own reoccurring nightmares of late: the victim was buried alive. As the relentless summer heat bears down and more bodies are discovered, Sheriff Kick also finds herself embroiled in a nasty reelection campaign. These days her detractors call her “Sheriff Mommy”—KICK HER OUT holler the opposition’s campaign signs—and as her family troubles become public, vicious rumors threaten to sway the electorate and derail her investigation.

Enter Vietnam veteran Leroy Fanta, editor-in-chief of the local paper who believes Heidi’s strange case might be tied to a reclusive man writing deranged letters to the opinions section for years. With his heart and liver on their last legs, Fanta drums up his old journalistic instincts in one last effort to help Heidi find a lead in her case, or at least a good story...

With simmering tension that sweats off the page, Bad Moon Rising infuses newsworthy relevance with a page-turning story of crime in America’s heartland, capturing global issues with startling immediacy while entertaining from start to finish. 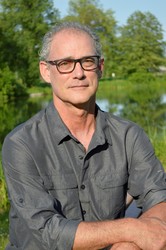 John Galligan is the author of the novels Red Sky, Red Dragonfly, The Nail Knot, The Clinch Knot, The Wind Knot, and Bad Axe County. He lives and teaches writing in Madison, Wisconsin.

"As unique a place in the mystery universe as you will ever find and in the eloquent prose of John Galligan it comes alive in a ride that is smooth, unexpected, and memorable. This book is a diamond in the rough."—Michael Connelly, #1 New York Times bestselling author of The Law of Innocence

“Suspenseful…Readers will root for Kick as the action builds to a satisfyingly hard-edged denouement. Fans of gritty rural crime, such as Ace Atkins’s Quinn Colson series, will be enthralled.” —Publishers Weekly

“Fascinating characters, a thoroughly original voice, and a riveting sense of place and atmosphere...Unputdownable.” —Ausma Zehanat Khan, author of A Deadly Divide

"Given current tensions and deep divisions in the United States, Dead Man Dancing takes on an electrifying relevance made all the more effective thanks to Galligan’s vivid descriptions and emotional portrayal of his characters." —BookPage

"Fast-paced and utterly addictive. I loved Heidi kick, the Dairy-Queen-turned-sheriff. Long may she reign." —Lori Rader-Day, Edgar-Award-nominated author of Under a Dark Sky

"Gritty, brash, and totally gripping. John Galligan is a hell of a writer."

"If Joseph Conrad had really wanted to find the heart of darkness, he’d have looked in Bad Axe County. Lurking in the isolated coulees at the edge of the Mississippi River are some of the meanest, foulest, cruelest hearts imaginable, and John Galligan evokes them with all the intensity of a mad poet. But in county sheriff Heidi Kick, a woman chipped and broken on every edge, Galligan offers a righteous force in opposition...A dark beauty of a novel."

"Given current tensions and deep divisions in the United States, Dead Man Dancing takes on an electrifying relevance made all the more effective thanks to Galligan’s vivid descriptions and emotional portrayal of his characters." —BookPage

"An exceptional novel...Kick is a remarkable character and this is a bad-axe book."

More books in this series: A Bad Axe County Novel