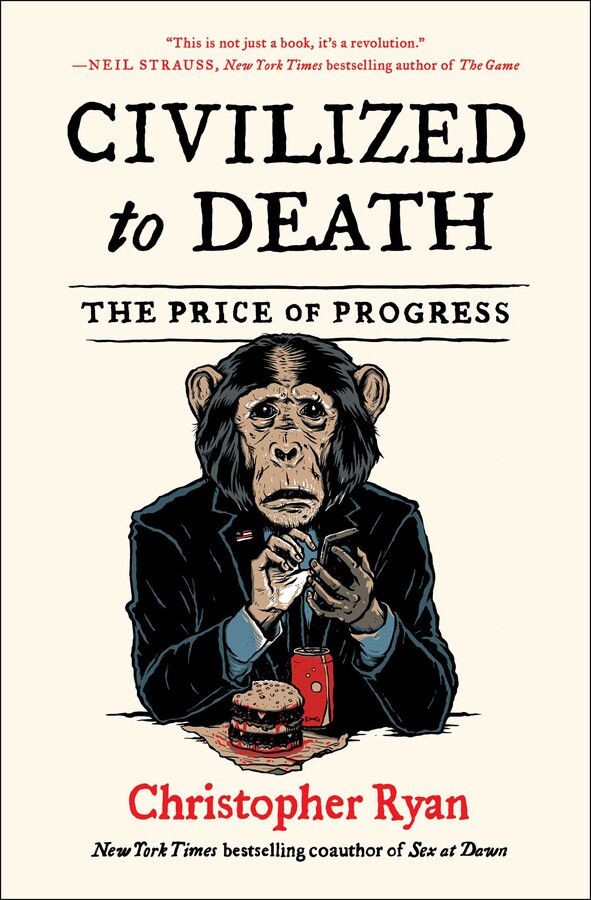 The Price of Progress

The New York Times bestselling coauthor of Sex at Dawn explores the ways in which “progress” has perverted the way we live: how we eat, learn, feel, mate, parent, communicate, work, and die.

Most of us have instinctive evidence the world is ending—balmy December days, face-to-face conversation replaced with heads-to-screens zomboidism, a world at constant war, a political system in disarray. We hear some myths and lies so frequently that they feel like truths: Civilization is humankind’s greatest accomplishment. Progress is undeniable. Count your blessings. You’re lucky to be alive here and now. Well, maybe we are and maybe we aren’t. Civilized to Death counters the idea that progress is inherently good, arguing that the “progress” defining our age is analogous to an advancing disease.

Prehistoric life, of course, was not without serious dangers and disadvantages. Many babies died in infancy. A broken bone, infected wound, snakebite, or difficult pregnancy could be life-threatening. But ultimately, Ryan argues, were these pre-civilized dangers more murderous than modern scourges, such as car accidents, cancers, cardiovascular disease, and a technologically prolonged dying process? At a time when our ecology, our society, and our own sense of selves feels increasingly imperiled, an accurate understanding of our species’ long prelude to civilization is vital to a clear sense of the ultimate value of civilization—and its costs. In Civilized to Death, Ryan makes the claim that we should start looking backwards to find our way into a better future. 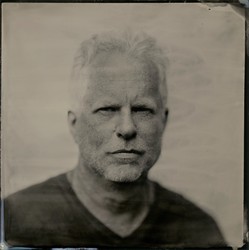 Christopher Ryan, PhD, and his work have been featured just about everywhere, including: MSNBC, Fox News, CNN, NPR, The New York Times, The Times of London, Playboy, The Washington Post, Time, Newsweek, The Atlantic, Outside, El Pais, La Vanguardia, Salon, Seed, and Big Think. A featured speaker from TED to The Festival of Dangerous Ideas at the Sydney Opera House to the Einstein Forum in Pottsdam, Germany, Ryan has consulted at various hospitals in Spain, provided expert testimony in a Canadian constitutional hearing, and appeared in well over a dozen documentary films. The author of Civilized to Death and the coauthor of the New York Times bestseller Sex at Dawn, Ryan puts out a weekly podcast, called Tangentially Speaking, featuring conversations with interesting people, ranging from famous comics to bank robbers to drug smugglers to porn stars to authors to plasma physicists.

"Often zingy and colorful . . . Civilized to Death is unquestionably well-timed . . . Ryan is right to highlight the aspects of modern life that have gone off the rails.” —Undark

“[A] prescient book about the nature of progress . . . Civilized to Death will make you see our so-called progress in a whole new light.” —Book Riot

“This book takes on 'progress' as a guiding ethos—and does so with gusto.” —The Stranger

“It is increasingly clear to many of us that the way we have been living is no longer sustainable, at least as long as we want the earth to outlive us. . . . Civilized to Death is an important guide in this conversation.” —Psychology Today

"Every great once in a while, a book comes along that makes you rethink everything you thought you knew. Civilized to Death is without question one of them." —Jesse Bering, PhD, author of The Belief Instinct

“Christopher Ryan is one of the most interesting and provocative thinkers of our time. Everyone should read him—you might well disagree but you’ll definitely think differently." —Johann Hari, New York Times–bestselling author of Lost Connections

"Read this book and you will never look at the world in the same way again. . . . Humans evolved to survive and reproduce. They were all successful with the second adaptation, with overpopulation that has resulted in famine, overcrowding, and civic strife.  Human survival was made possible by the brain's remarkable intelligence. But why hasn't that intelligence produced happier, healthier men and women, even in 'civilized' countries?  Christopher Ryan provides the answer in this provocative book, which is destined for classic status. It demonstrates how people are being civilized to death, both literally and metaphorically. It presents a stark picture of how the human experiment may be winding down if not winding up. But it also provides some solutions, brilliant roadmaps that you will find nowhere else, neither in politician's utopian scenarios or futurists' speculations." —Stanley Krippner, Ph.D., co-author Personal Mythology

Praise for Sex at Dawn:

“Sex at Dawn has helped me understand myself and the world so much more clearly.” —Ilana Glazer, co-creator of Broad City

“Sex at Dawn is the single most important book about human sexuality since Alfred Kinsey unleashed Sexual Behavior in the Human Male on the American public in 1948.” —Dan Savage

“Funny, witty, and light . . . Sex at Dawn is a scandal in the best sense, one that will have you reading the best parts aloud and reassessing your ideas about humanity’s basic urges well after the book is done.” —Newsweek

“Sex at Dawn challenges conventional wisdom about sex in a big way. . . . This is a provocative, entertaining, and pioneering book. I learned a lot from it and recommend it highly.” ­—Andrew Weil, MD, author of Healthy Aging

“Sex at Dawn is a provocative and engaging synthesis . . . that has the added benefit of being a joy to read.” —Seed magazine

The Price of Progress