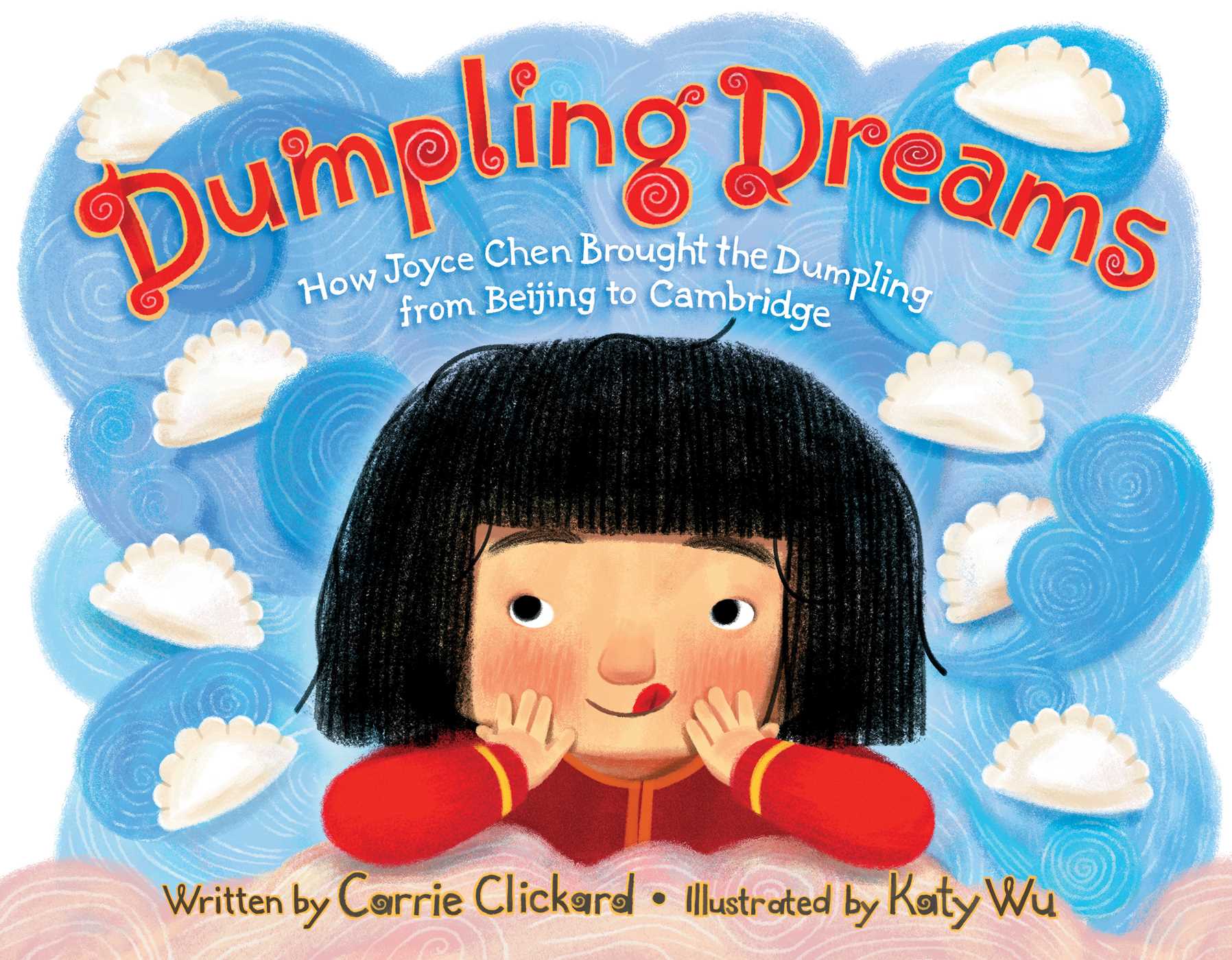 How Joyce Chen Brought the Dumpling from Beijing to Cambridge

“Through appealing digitally rendered illustrations and upbeat rhyming text, Clickard celebrates the life of Chen in a way that entertains and informs.” —School Library Journal

“A fascinating historical character is presented in terms easy for young children to appreciate.” —Kirkus Reviews

In this inspiring, mouthwatering story, get to know Chef Joyce Chen who is famous for popularizing Chinese food in the northeastern United States.

How far can an apron,
a bowl, or a book
take one small Chinese girl
with a passion to cook?

Carrie Clickard is the master of rhyming nonfiction. She is the author of Dumpling Dreams, which School Library Journal called “a charming addition.” Kirkus Reviews called it “a fascinating historical character is presented in terms easy for young children to appreciate.” She is also the author of Magic for Sale, which received a starred review from Kirkus Reviews, and Thomas Jefferson and the Mammoth Hunt. She lives in Gainesville, Florida. Learn more at CLClickard.com.

Katy Wu has worked in the animated feature film industry as a sketch artist and assistant art director, as well as in the tech industry as a “Doodler” for Google (creating the artwork and short films showcased on Google’s landing page), where she created the Google “Doodles” for Nellie Bly and Nelson Mandela. Katy currently works as a freelance art director and designer on various animation projects. She has illustrated many nonfiction books for young readers, including Dumpling Dreams by Carrie Clickard and Born Curious by Martha Freeman. Learn more at KatyCWWU.Tumblr.com.

One of America's most famous 20th-century immigrants, Joyce Chen, gained notoriety the hard way. Brought up in pre-revolutionary China, Chen left Shanghai with her husband and two children in 1949 to immigrate to the U.S., where she settled in Cambridge, Massachusetts. Lively cartoonish pastel-and-crayon illustrations and rhyming couplets show how young Jia (later renamed Joyce) learned to cook with a man the text simply calls Cook, possibly a family servant, mastering the traditional art of making dumplings, noodles, and sweet rice balls. At the dragon boat festival, she proudly presents her father with her own creation, zongzi rice packages tightly tied "with five bright strings." Once in the U.S., Joyce and her children face the challenge of life in America: "New words to learn. Strange food to try." Chen becomes a mentor to other Chinese immigrants and is soon inspired to open a restaurant. The restaurant is immediately popular, but her dumplings aren't. She overcomes the perception of Chinese food as "gluey stew" by rebranding her dumplings as "Peking Ravioli." A cookbook and a TV show soon follow, and she has successfully introduced authentic Chinese cuisine to the East Coast. A timeline, glossary, bibliography, and dumpling recipes are included. A fascinating historical character is presented in terms easy for young children to appreciate, and requests to experiment with dumpling dough will certainly ensue. (Picture book/biography. 5-8)

Through appealing digitally rendered illustrations and upbeat rhyming text, Clickard celebrates the life of Chen in a way that entertains and informs. . . . Fans of Lynne Barasch’s Hiromi’s Hands, Susanna Reich’s Minette’s Feast: The Delicious Story of Julia Child and Her Cat, and Jacqueline Briggs Martin and June Jo Lee’s Chef Roy Choi and the Street Food Remix will find much to enjoy here. . . . A charming addition.

The rhyming text and brightly colored digital illustrations maintain an upbeat, positive tone appropriate for a young audience, even as they allude to serious topics, such as war in China causing Joyce’s family to relocate to the U.S., and the difficulties of adapting to a new culture. A glossary effectively explains many elements pictured but not detailed in the text, while a time line at the end fills in historical context. Includes dumpling recipes for those eager to taste for themselves.

How Joyce Chen Brought the Dumpling from Beijing to Cambridge