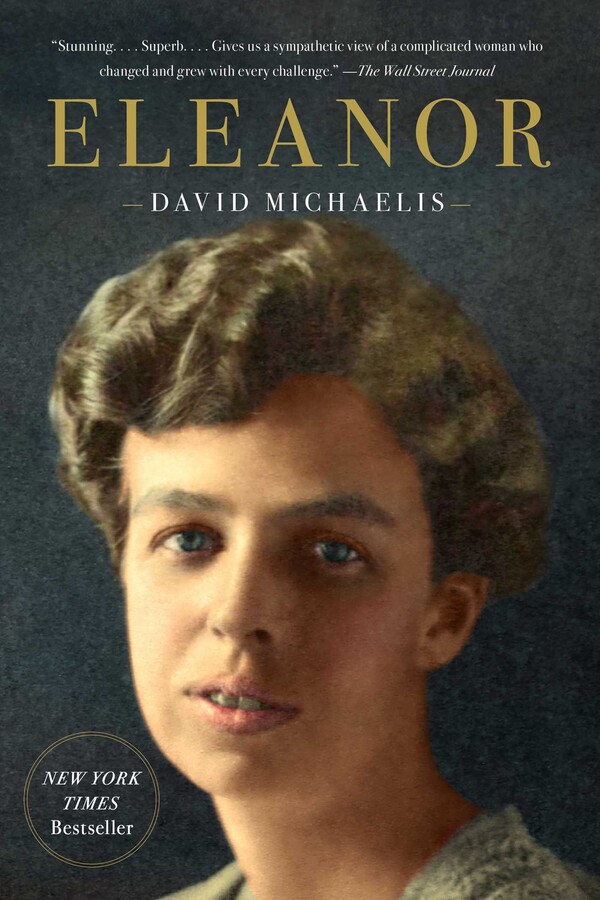 Prizewinning bestselling author David Michaelis presents a “stunning” (The Wall Street Journal) breakthrough portrait of Eleanor Roosevelt, America’s longest-serving First Lady, an avatar of democracy whose ever-expanding agency as diplomat, activist, and humanitarian made her one of the world’s most widely admired and influential women.

In the first single-volume cradle-to-grave portrait in six decades, acclaimed biographer David Michaelis delivers a stunning account of Eleanor Roosevelt’s remarkable life of transformation. An orphaned niece of President Theodore Roosevelt, she converted her Gilded Age childhood of denial and secrecy into an irreconcilable marriage with her ambitious fifth cousin Franklin. Despite their inability to make each other happy, Franklin Roosevelt transformed Eleanor from a settlement house volunteer on New York’s Lower East Side into a matching partner in New York’s most important power couple in a generation.

When Eleanor discovered Franklin’s betrayal with her younger, prettier social secretary, Lucy Mercer, she offered a divorce and vowed to face herself honestly. Here is an Eleanor both more vulnerable and more aggressive, more psychologically aware and sexually adaptable than we knew. She came to accept FDR’s bond with his executive assistant, Missy LeHand; she allowed her children to live their own lives, as she never could; and she explored her sexual attraction to women, among them a star female reporter on FDR’s first presidential campaign, and younger men.

Eleanor needed emotional connection. She pursued deeper relationships wherever she could find them. Throughout her life and travels, there was always another person or place she wanted to heal. As FDR struggled to recover from polio, Eleanor became a voice for the voiceless, her husband’s proxy in presidential ambition, and then the people’s proxy in the White House. Later, she would be the architect of international human rights and world citizen of the Atomic Age, urging Americans to cope with the anxiety of global annihilation by cultivating a “world mind.” She insisted that we cannot live for ourselves alone but must learn to live together or we will die together.

Drawing on new research, Michaelis’s riveting portrait is not just a comprehensive biography of a major American figure, but the story of an American ideal: how our freedom is always a choice. Eleanor rediscovers a model of what is noble and evergreen in the American character, a model we need today more than ever. 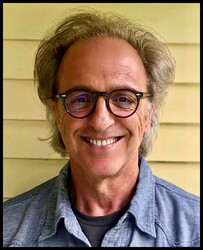 David Michaelis is the bestselling author of Schulz and Peanuts and N.C. Wyeth, which won the Ambassador Book Award for Biography. He lives in New York with his wife and family.

"Stunning. . . . Gives us a sympathetic view of a complicated woman who changed and grew with every challenge. . . . As readers will learn from Mr. Michaelis’s superb account, Eleanor was publicly influential until the very end."
—Susan Butler, The Wall Street Journal

“This is the perfect biography for our times: the story of a determined woman who willed herself to become a voice for the voiceless, a fighter for freedom, and a tribune for the nobility of America’s true values. This comprehensive biography of Eleanor Roosevelt, filled with new information, portrays her in all of her glorious complexity. It’s a wonderful read with valuable lessons about leadership, partnership, and love.”
–Walter Isaacson, author of Leonardo da Vinci

"An elegant new biography of Eleanor Roosevelt . . . A complex and sensitive portrait of a woman who bridged the 19th and 20th centuries, reimagining herself many times with both courage and resilience."
—Rosemary Bray McNatt, The Guardian

"Eleanor Roosevelt was the most important first lady in American history. . . . Michaelis’s Eleanor is the first major single-volume biography in more than half a century, and a terrific resource."
—Gail Collins, The New York Times

“David Michaelis has brought us a fresh, luminous, gripping and beautifully written account of a great American life, whose meaning and lessons are now more important and relevant than ever.  Especially in these times, it is a gift for us to be able to rediscover Eleanor Roosevelt.”
–Michael Beschloss, author of Presidents of War

"Presidents come and go, but there was only one Eleanor Roosevelt.  At last, we have a world-class biography for a life that changed the world.  This is a stunning achievement."
–Ted Widmer, author of Lincoln on the Verge and Distinguished Lecturer at Macaulay Honors College (CUNY)

"In the most expansive one-volume portrait to date, Michaelis offers a fresh perspective . . . [and] paints a compelling portrait of Eleanor’s life as an evolving journey of transformation . . . A well-documented and enlightened portrait of Eleanor Roosevelt for our times."
–Kirkus Reviews (starred review)

“Pauli Murray, the groundbreaking African-American human rights activist, lawyer, and priest, said that ‘the measure’ of Eleanor Roosevelt’s ‘greatness was in her capacity for growth.’ It is that extraordinary growth which David Michaelis brilliantly documents in Eleanor.”
–Patricia Bell-Scott, author of The Firebrand and the First Lady: Portrait of a Friendship: Pauli Murray, Eleanor Roosevelt, and the Struggle for Social Justice

“Repositions Eleanor Roosevelt’s extensively scrutinized, unique, and exceptional life in ways that emphasize just how profoundly relevant her epic struggles and achievements are in this time of political reckoning and quest for genuine social justice. With judicious use of newly accessible sources, sure command of the complexities of the Roosevelt clan, and acute sensitivity to the contrast between Eleanor's public persona and inner self, Michaelis provides a fresh and heart-wrenching perspective.”
–Booklist (starred review)

“Compelling and comprehensive…fast-moving, engrossing…[Michaelis's] impeccable story-telling and seamless integration of dialogue and quotations allow him to create an intimate, lively and emotional portrait that unfolds like a good novel. As America faces another challenging period in its history, there may be no better time for readers to turn to the life of one of our nation’s truly great leaders for inspiration.”
–BookPage (starred review)

"Stunning . . . Drawing on new research, Michaelis’ riveting portrait is not just a comprehensive biography of a major American figure, but the story of an American ideal: how our freedom is always a choice. ELEANOR rediscovers a model of what is noble and evergreen in the American character, a model we need today more than ever.."
—Book Reporter

"Michaelis’s rendering is especially bright and a pleasure to read. Few other books reveal the fascinating inner journey that transformed Eleanor from an emotionally choked-off young woman into a mature leader who inspired millions.”
—Joseph Barbuto, New York Journal of Books