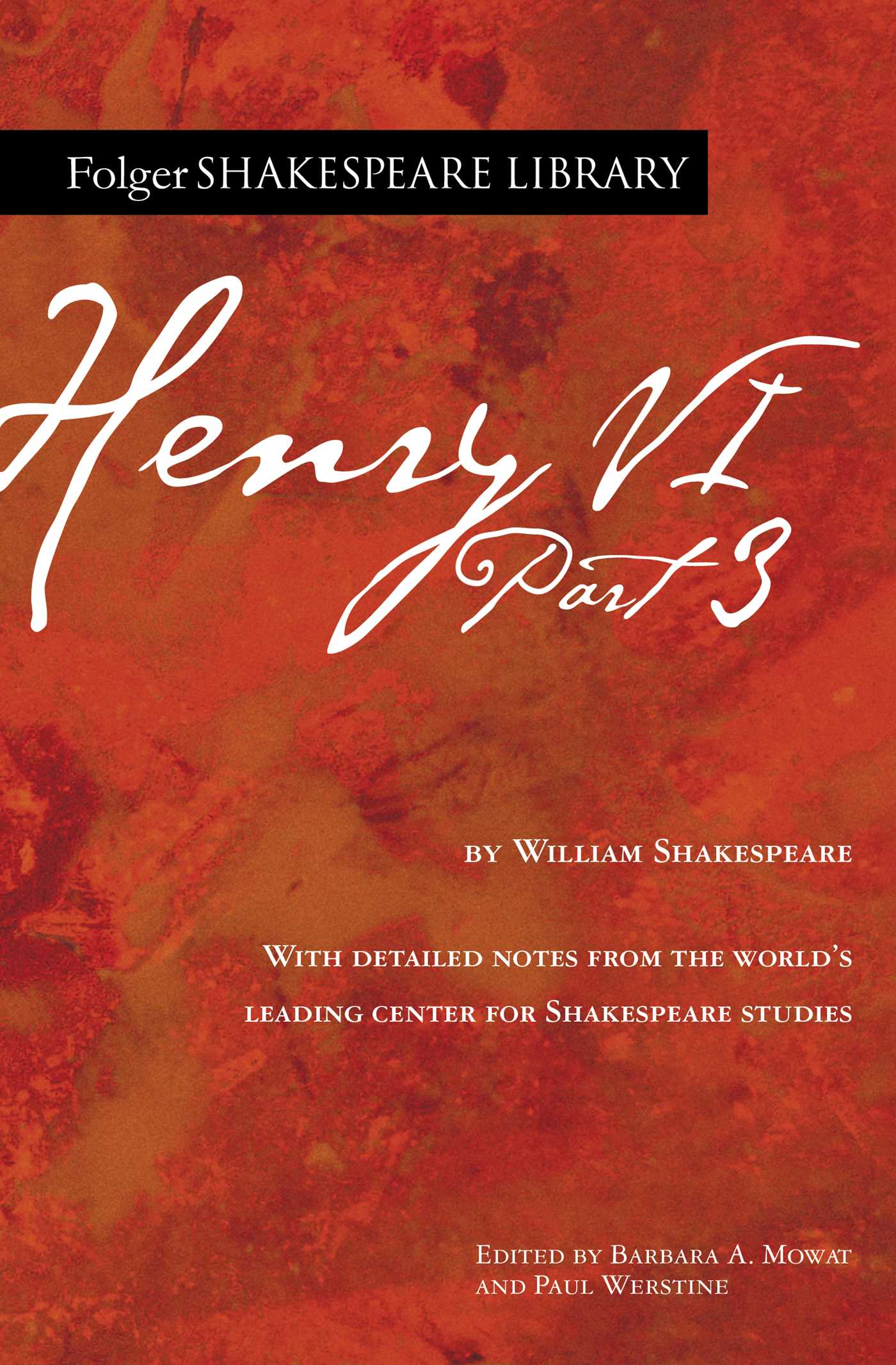 Henry VI, Part 3 is dominated by a struggle between two military forces, neither of which can achieve victory for long. Until the end, the Yorkists and Lancastrians strive for the English crown. The conflict between these two families began under Richard II. Half a century later, during the reign of Henry VI, it moved toward civil war. Now, in Henry VI, Part 3, Henry’s long reign becomes intermittent as his cousin Richard, Duke of York, seeks the crown and York’s son Edward sporadically succeeds in seizing it.

As we watch the crown pass back and forth between Henry VI and Edward IV, our attention is caught by other characters: the Earl of Warwick, Queen Margaret, and Richard, Duke of Gloucester. Warwick is the power behind the challenge to Henry VI, until he shifts to Henry. Margaret raises an army in England and later leads one from France, all in a futile attempt to secure the throne for her son, Prince Edward. Historically, his death destroyed her, but Shakespeare wisely saves Margaret to bring her back in Richard III. Richard, Duke of Gloucester, increasingly draws our attention. Both attractive and repellent, he is energetic, self-aware, bitter about his deformity (which may not have existed historically), ruthless, and unable to care about others.

The authoritative edition of Henry VI, Part 3 from The Folger Shakespeare Library, the trusted and widely used Shakespeare series for students and general readers, includes:

The Folger Shakespeare Library in Washington, DC, is home to the world’s largest collection of Shakespeare’s printed works, and a magnet for Shakespeare scholars from around the globe. In addition to exhibitions open to the public throughout the year, the Folger offers a full calendar of performances and programs. For more information, visit Folger.edu.

William Shakespeare was born in April 1564 in the town of Stratford-upon-Avon, on England’s Avon River. When he was eighteen, he married Anne Hathaway. The couple had three children—an older daughter Susanna and twins, Judith and Hamnet. Hamnet, Shakespeare’s only son, died in childhood. The bulk of Shakespeare’s working life was spent in the theater world of London, where he established himself professionally by the early 1590s. He enjoyed success not only as a playwright and poet, but also as an actor and shareholder in an acting company. Although some think that sometime between 1610 and 1613 Shakespeare retired from the theater and returned home to Stratford, where he died in 1616, others believe that he may have continued to work in London until close to his death.