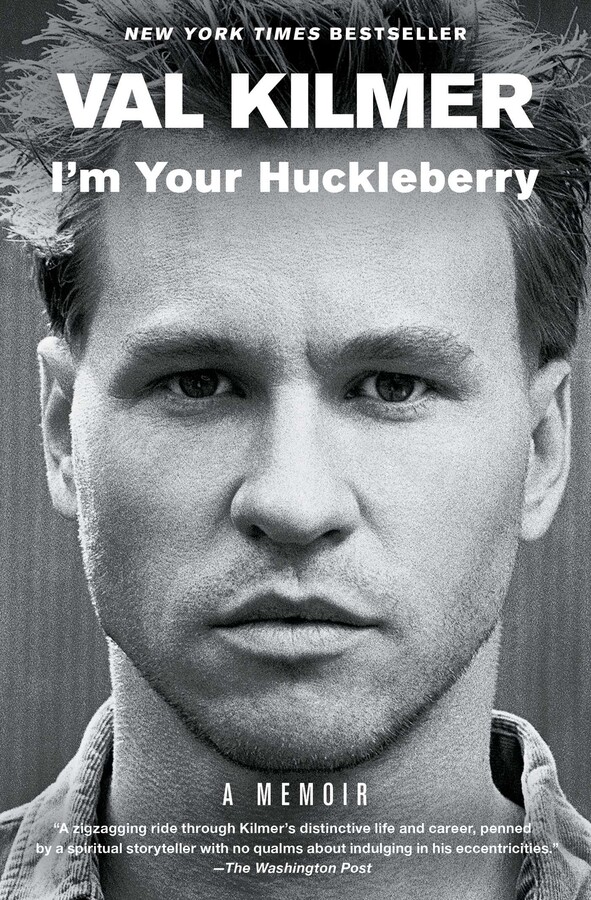 Legendary actor Val Kilmer shares the stories behind his most beloved roles, reminisces about his star-studded career and love life, and reveals the truth behind his recent health struggles in a remarkably candid autobiography.

Val Kilmer has played many iconic roles over his nearly four-decade film career. A table-dancing Cold War agent in Top Secret! A troublemaking science prodigy in Real Genius. A brash fighter pilot in Top Gun. A swashbuckling knight in Willow. A lovelorn bank robber in Heat. A charming master of disguise in The Saint. A wise-cracking detective in Kiss Kiss Bang Bang. Of course, Batman, Jim Morrison and the sharp-shooting Doc Holliday.

But who is the real Val Kilmer? With I’m Your Huckleberry—published ahead of next summer’s highly anticipated sequel Top Gun: Maverick, in which Kilmer returns to the big screen as Tom “Iceman” Kazansky—the enigmatic actor at last steps out of character and reveals his true self.

In this uniquely assembled memoir—featuring vivid prose, snippets of poetry and rarely-seen photos—Kilmer reflects on his acclaimed career, including becoming the youngest actor ever admitted to the Juilliard School’s famed drama department, determinedly campaigning to win the lead part in The Doors, and realizing a years-long dream of performing a one-man show as his hero Mark Twain. He shares candid stories of working with screen legends Marlon Brando, Tom Cruise, Robert Downey Jr. and Robert De Niro, and recounts high-profile romances with Cher, Cindy Crawford, Daryl Hannah, and former wife Joanne Whalley. He chronicles his spiritual journey and lifelong belief in Christian Science, and describes travels to far-flung locales such as a scarcely inhabited island in the Indian Ocean where he suffered from delirium and was cared for by the resident tribe. And he reveals details of his recent throat cancer diagnosis and recovery—about which he has disclosed little until now.

While containing plenty of tantalizing celebrity anecdotes, I’m Your Huckleberry—taken from the famous line Kilmer delivers as Holliday in Tombstone—is ultimately a singularly written and deeply moving reflection on mortality and the mysteries of life. 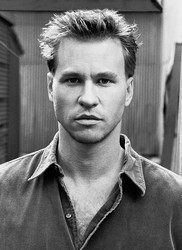 Val Kilmer is an American actor known for his roles in Top Secret!, Top Gun, Real Genius, Willow, The Doors, True Romance, Tombstone, Batman Forever, Heat, The Saint, Kiss Kiss Bang Bang, and more. A graduate of Juilliard’s drama department, he has appeared on Broadway and London’s West End. He has published two books of poetry and received a Grammy nomination for Best Spoken Word Album. He is also an accomplished visual artist, with work exhibited in galleries worldwide.

"As a survivor of throat cancer (not to mention four decades in an industry notorious for chewing up and spitting out fresh talent), [Val Kilmer] genuinely seems grateful for the opportunity to look back on his life, loves, and career...Kilmer shows great vulnerability and a knack for storytelling...I’m Your Huckleberry is most engrossing, even illuminating, when the author actively tries to reconcile his vision and ego with his faith and regrets."

"It’s no surprise that Val Kilmer has some stories to tell. The actor has played such inimitable figures as Jim Morrison, Doc Holliday and Batman. He rocketed to superstardom in a fighter jet in Top Gun, parted the Red Sea as Moses in The Prince of Egypt and acted opposite his icon Marlon Brando in The Island of Dr. Moreau. But those stories aren’t even the most interesting parts of Kilmer’s new memoir, I’m Your Huckleberry. In tender vignettes, the actor, 60, charts his life from birth to present day, writing with candor, vulnerability and sometimes regret about family, love, faith, financial problems and a waning acting career."

"Val Kilmer leaves no stone left unturned in the excavation of his life. Confessions, poems and vignettes are peppered throughout his new memoir, I’m Your Huckleberry. Kilmer documents his life with candor and vulnerability from birth to his rise to stardom and waning acting career, including moments of love, loss and regret."

"After the movie star’s 2015 throat cancer diagnosis and surgery, [Val Kilmer] writes that he sounds like 'Marlon Brando after a couple of bottles of tequila.' Kilmer adds: 'It isn’t a frog in my throat. More like a buffalo.' That doesn’t mean Kilmer, 60, is at a loss for words. When he asserts that picking up I’m Your Huckleberry is like slotting a couple of quarters into the 'pinball machine of my mind,' he is not overselling the experience. What follows is a zigzagging ride through Kilmer’s distinctive life and career, penned by a spiritual storyteller with no qualms about indulging in his eccentricities...Kilmer’s tone is raw and reflective as he weaves poems into his expressive prose. (He is a literary obsessive who admires Mark Twain, Walt Whitman and Samuel Beckett, after all.) Crucially, he shows a willingness to analyze his own image. As far as Hollywood case studies go, Kilmer’s career proves plenty worthy of deconstruction. 'Just as I am a composite of all my characters,' he writes, 'each character I’ve played is a composite of me.'...For Hollywood fanatics, Kilmer drops plenty of names and behind-the-scenes tidbits...There is something charming and disarming about a celebrity memoir that’s willing to go off the rails. Rather than a carefully curated self-portrait, Kilmer offers a scatterbrained journey into his idiosyncratic head space. If this is the pinball machine of Kilmer’s mind, you have to give it to him: He’s playing by his own rules."