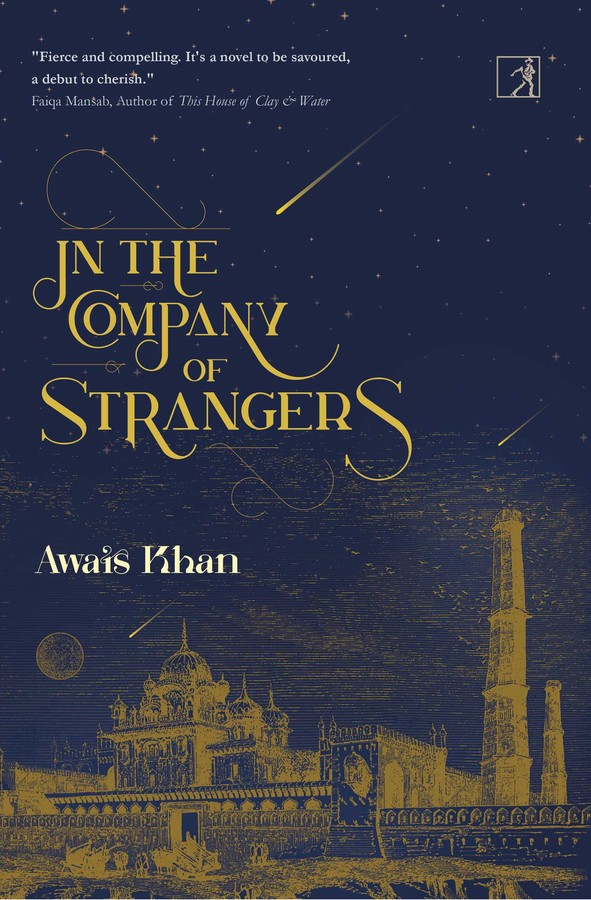 In the Company of Strangers

The emotionally gripping story of love and loss in Pakistan.

In the glittering world of Pakistan's elite, all is not what it seems...

Mona has almost everything: money, friends, social status... everything except for freedom. Languishing in her golden cage, she craves a sense of belonging...

Desperate for emotional release, she turns to a friend who introduces her to a world of glitter, glamour, covert affairs and drugs. There she meets Ali, a physically and emotionally wounded man, years younger than her.

Heady with love, she begins a delicate game of deceit that spirals out of control and threatens to shatter the deceptive facade of conservatism erected by Lahori society, and potentially destroy everything that Mona has ever held dear.

Awais Khan is a writer and entrepreneur based in Lahore. A graduate of the University of Western Ontario and the University of Durham, he has studied Creative Writing at the prestigious Faber Academy in London. He has also taken various Creative Writing courses at Oxford University, the Writers Bureau and the Bishopsgate Institute in London. His work has appeared in the Missing Slate Magazine (he was also their Author of the Month), Daily Times, MODE and The Aleph Review (forthcoming in 2019) among other publications. In 2017, he came 2nd in the Missing Slate’s ‘New Voices’ Short Story Competition.

He runs the largest Institution for Creative Writing in Pakistan under the name ‘The Writing Institute’ for aspiring and established writers. The Writing Institute (TWI) offers courses in all 3 major cities of Pakistan (Karachi, Lahore & Islamabad) with plans to expand internationally soon. TWI has facilitated over 10,000 students and their literary events regularly get up to 500 visitors. With a sprawling, purpose built campus in Lahore, it’s a haven for literature enthusiasts. With a Facebook following of over 70,000 (@thewritinginstitute) and an Instagram following of over 13,000 (@thewritinginstitute), TWI is on its way towards becoming the biggest Creative Writing institution in the Indian subcontinent.

Awais has also been featured in various magazines and TV channels. His interviews have appeared in The Missing Slate and Fashion Forever Magazine and his TV interviews have appeared on Maverix Media, Virtual University, Samaa TV (one of the biggest TV channels in Pakistan), Voice of America (a subsidiary of GEO News with a viewership of over 10 million people), PTV Home and City42.

His first novel, IN THE COMPANY OF STRANGERS, will be published by The Book Guild in July 2019 and by Simon & Schuster India in 2020.  Awais is currently hard at work on his second novel.

In the Company of Strangers