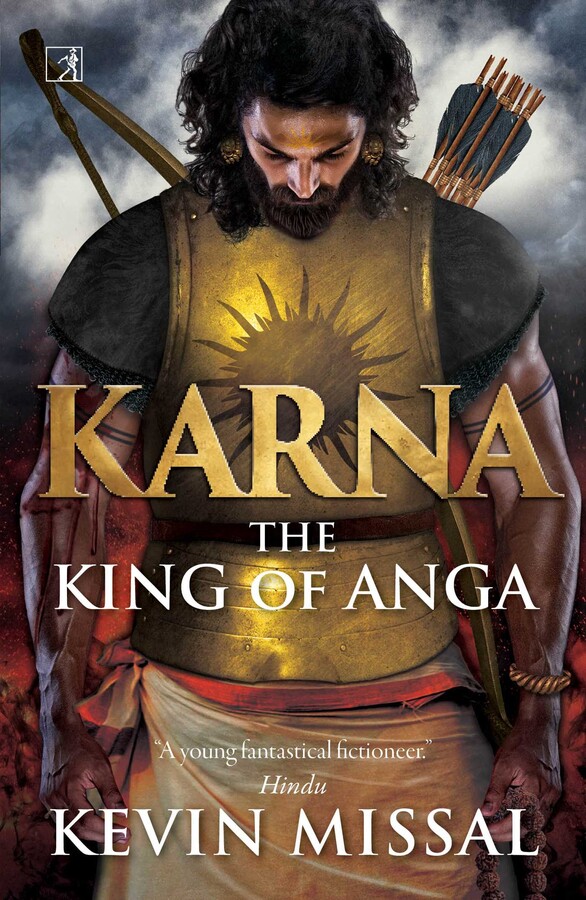 Born in the arms of the Ganga, Vasu grew up in the raging province of Anga. His life shaped by a fate that failed to be just—neglected by his own, stripped of his birthright—he was raised to be lost in an abyss of desires and disappointment.

Cursed by his guru, hurt by the only woman he loved, ostracised from society for being the son of a suta. With his only armour—hope—he ventured on an unforgettable journey. Alone.

This is Vasu’s tale of survival, of endurance, of abiding courage in the face of all adversities. And eventually, of blossoming into the greatest warrior of all time… KARNA.

In an ultimate battle against his archenemy—the insidious, dishonourable and all-powerful, Jarasandha, for a title he knew he deserved.

From a sutaputr to a leader of the people, this is a saga of betrayal, lost love, and glory.

This is the story of the King of Anga.

Kevin Missal wrote his first book at the age of 14, and at 22, the St.Stephens graduate is a best selling author and a full time writer with the first two books in his Kalki series being runaway successes.

Dharmayoddha Kalki: Avatar of Vishnu and its sequel Satyayoddha Kalki: Eye of Bramha have sold one lakh copies in under a year. Kevin loves fantasy fiction and has always been a fan of mythology. His books have been featured in publications like the Sunday Guardian, The New Indian Express and Millennium Post. He lives in Gurugram and he can be contacted at Kevin.s.missal@gmail.com