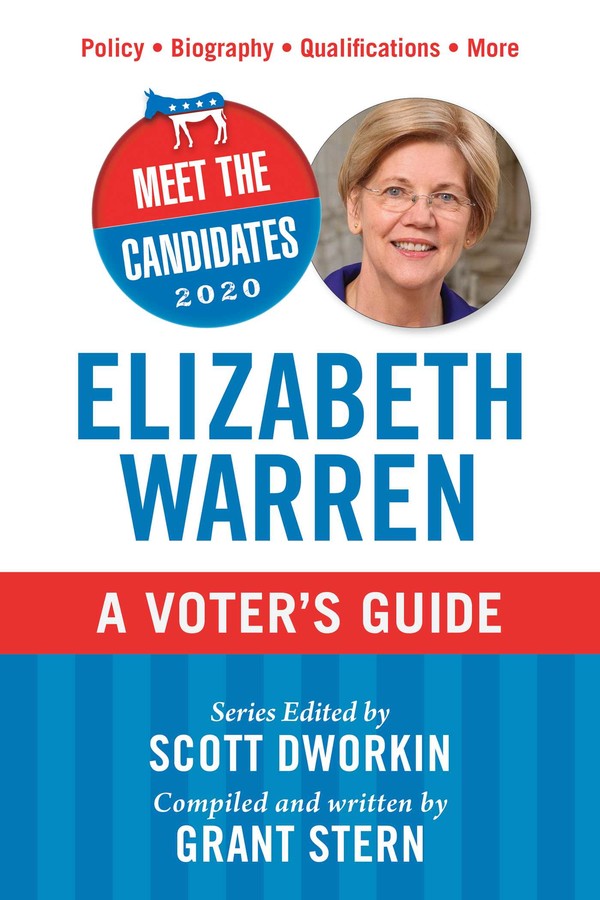 Get informed about the campaign issues and policies of Democratic candidate Elizabeth Warren, the populist, progressive, definitively capitalist senator from Massachusetts.

Meet the Candidates 2020: Elizabeth Warren: A Voter’s Guide will help you decide quickly if Warren deserves your vote for the Democratic nomination and to take on Donald Trump for president of the United States. Warren’s strong economic background sets her apart; the senator from Massachusetts defines herself as a capitalist first and seeks to make capitalism more equitable for all. She has already proposed sweeping anti-corruption reforms, refused PAC donations to her campaign, rolled out plans for college debt forgiveness and a tax on the super wealthy. Her background as a Harvard economist, author of TheTwo-Income Trap, and experience as an economic advisor to Barack Obama positions her well to make change happen.

Warren’s campaign also features popular Democratic talking points—rebuilding the middle class, ending corruption in Washington, making voting laws more democratic, bringing our troops home and stopping endless war—but it’s her experience that sets her apart. From working the campaign trial for Hillary Clinton to weathering President Trump’s refrain of “Pocahontas” in reference to her claimed Native American heritage, Meet the Candidates 2020: Elizabeth Warren: A Voter’s Guide is your complete handbook to Elizabeth Warren’s resumé, campaign, and what America would look like if she won the presidency in 2020.

The Meet the Candidates 2020 series is the informed voter’s guide to making a decision in the 2020 Democratic primary and presidential election. Each book gives an unbiased, political insider’s analysis of each contender, featuring: candidate interviews; an introduction by campaign advisor, Democratic Coalition co-founder, and Dworkin Report host Scott Dworkin; and compilation and writing by Occupy Democrats Editor at Large Grant Stern. In two hours of reading, you’ll understand their defining characteristics, credentials, campaign issues, challenges, presidential chances, and everything else you need to know to decide who should challenge Donald Trump. Whether it’s for Elizabeth Warren, Joe Biden, Bernie Sanders, Kamala Harris, Julian Castro, Cory Booker, or another, Meet the Candidates is what you need to make an informed vote for president in 2020.

More books in this series: Meet the Candidates