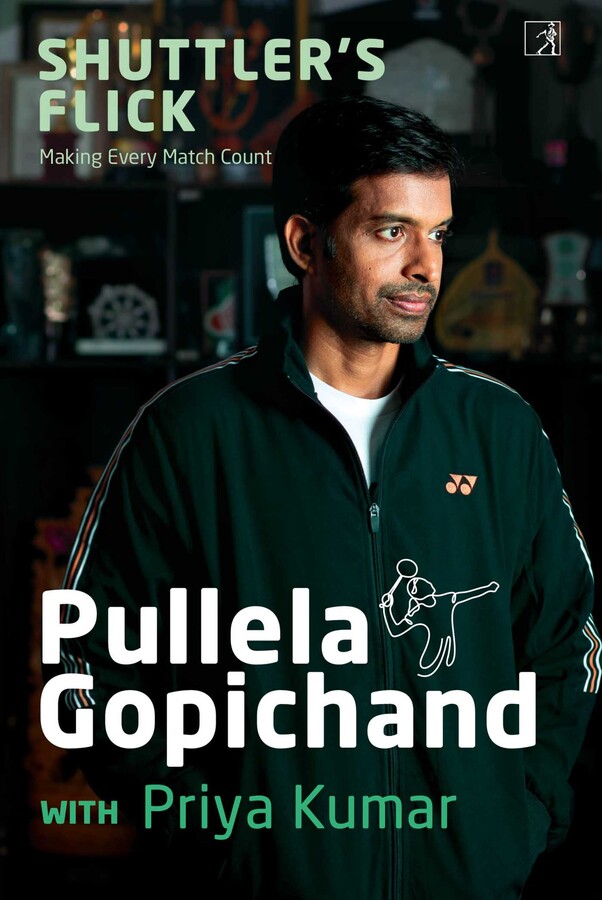 'But the return is not always easy, especially when the world has moved on without you, when the people who were rooting for you have now found other heroes to sup­port.'

When Pullela Gopichand had to undergo a risky arthroscopic surgery, chances of his full recovery were not great. His return to the badminton court seemed a far-fetched dream. The odds were stacked against him. Then, in 1998, he won the bronze in the Commonwealth Games. His biggest win was yet to come. In 2001, Pullela became the second Indian to win the All England Championship.

This is the story we know. From not being able to walk to winning the most prestigious title in badminton, this is Pullela the player. But his success hasn’t stopped at just him. The Pullela Gopichand Badminton Academy, set up in 2008, boasts of a host of World No. 1s including Saina Nehwal and Srikanth Kidambi and World Badminton Champion PV Sindhu. What is it about his teachings that propels players right to the top?

In his official autobiography, we meet Pullela the coach. Through his own voice, as well as those of his students, mother, and wife, we get a look at the mind that revolutionised the game. We are shown not only what it takes to get to the top, but also, and more importantly, how to stay there.

With the principles of his play laid bare, we are invited to apply them to our own everyday lives. In doing so, we ask questions, take accountability for our actions and perhaps find the answer to the greatest question of all—what does it take to become a champion?

Pullela Gopichand is a former Indian badminton player and presently the Chief National Coach for the Indian Badminton team. In 2008 he founded the Pullela Gopichand Badminton Academy where he has trained world-class badminton champions. He has served as the official Indian Olympic Badminton Team Coach at the 2016 Rio Olympics and 2021 Tokyo Olympics.

Priya Kumar
Priya Kumar is an Indian writer, motivational speaker and firewalk instructor with over 26 years of corporate training experience. She has worked with over 2000 multi-national corporates across 47 countries and is an author of 15 inspirational books. Priya's work has been featured extensively in the media and she has been a guest on several business, entertainment and reality shows. Her book License to Live was nominated for Vodafone Crossword Book Award in 2010. In 2019, her novel I Will Go with You was adapted into the web television series The Final Call.