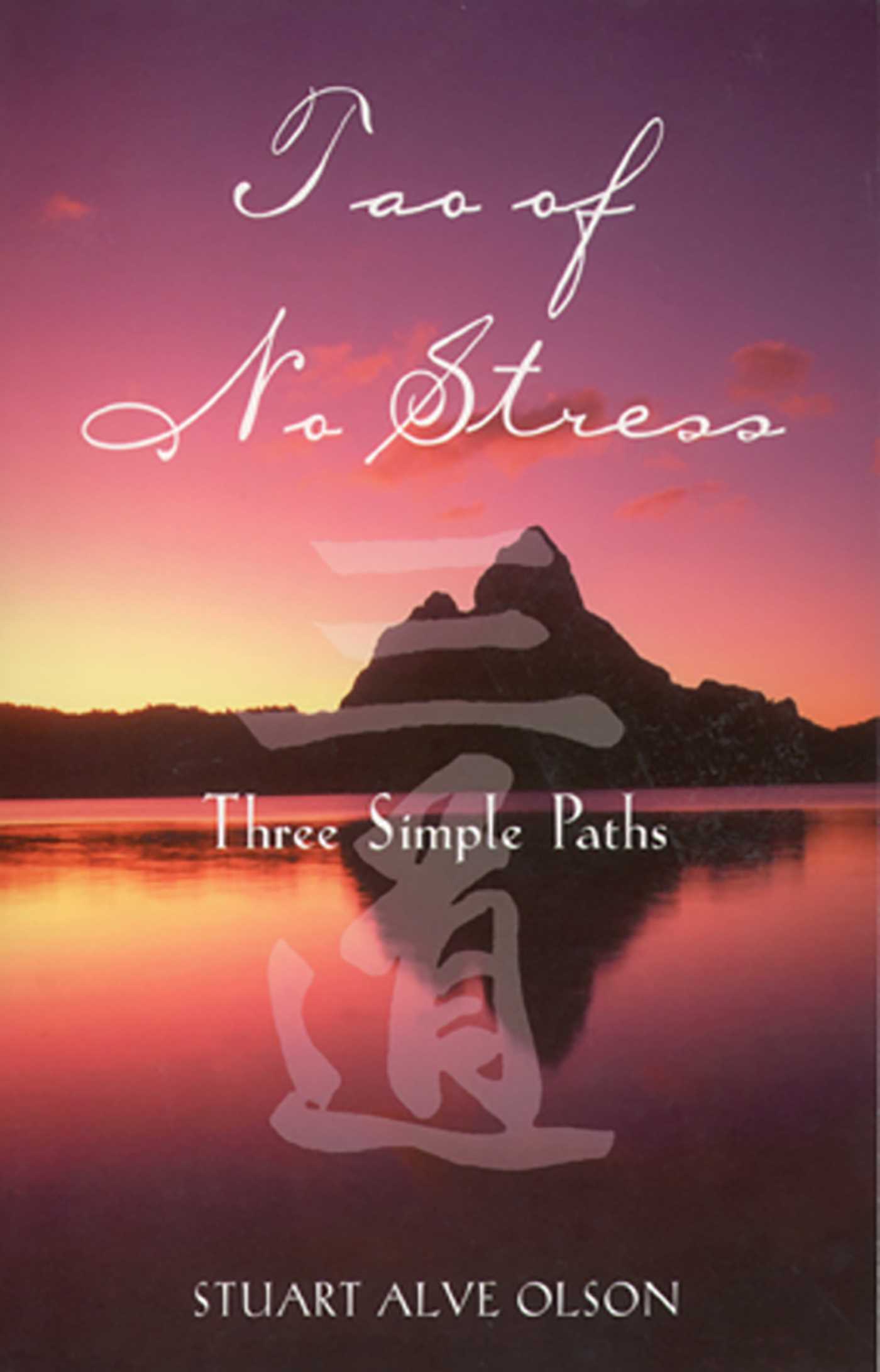 Tao of No Stress

Teaches the three paths that Taoist masters have used for centuries to create tranquillity in one's life.

• Adapts ancient Taoist wisdom to address the problems of a frenetic lifestyle.

• Offers clear instructions for releasing, massaging, and breathing stress away.

• Explores the mind/body/stress connection, showing that once the mind is calm, the body can function at its best.

Starting from the basic principle of "If you want to know how to eliminate stress, ask someone who is without stress," Stuart Alve Olson introduces the simple, time-tested exercises of Taoist masters to teach even the most harried Westerner how to go beyond reducing stress to eliminating it all together. Olson offers easy-to-use techniques to help us let go of tension and mental strain through breathing, mental relaxation, and massage.

Readers will learn from fifth-century physician T'ao Hung-ching the Six Sounds therapy that can be practiced between phone calls at the office or during morning traffic. Whether rubbing a simple pressure point in the middle of a meeting or enjoying breathing methods like the Heng Ha breath all day long, readers will discover the gifts of tranquillity, health, and balance offered by age-old Taoist practices. Tao of No Stress utilizes traditional verse, photos, and the down-to-earth guidence of the author to teach both the experienced Taoist practitioner and the complete novice how to live stress free in a stress full world.

The Methods of Releasing Stress
Therapy of Six Sounds

Although sound therapy has gained acceptance in Western medicine only recently, it has been part of Eastern health practices for centuries. One of the most effective systems for using sound was developed in the fifth century A.D. by the famous Taoist physician T'ao Hung-ching. T'ao discovered that the vocalizing of different sounds while expelling the breath could cleanse and restore the organs, regulate the blood circulatory system, and stabilize the central nervous system.

T'ao's Six Sounds practice should not seem so far-fetched, since expelling air and making sound are two functions the body naturally uses to ward off stress. When people are under stress, they will naturally sigh, moan, or blow out air. These constitute the body's natural release valve for expelling built-up stress. We also know that certain music or sounds can alter emotions and influence physical activity. Sound as part of the Lamaze method for childbirth has proven very effective, and primal screaming methods have been shown to be beneficial for the release of anger, for example.

Discovering that human beings naturally expel air and make sounds to feel better, T'ao determined which sounds had the greatest effect in stimulating the body's natural functions. T'ao discovered there are basically six syllables that create positive vibrations in specific regions of the body and thus stimulate the natural healing responses of the body. The sixth syllable is of the greatest importance to the sufferer of stress, as it is specifically intended for the release of stress, anxiety, and tension. All the syllables should be used daily, however, to help stabilize the body and maintain good health.

Method
The production of the Six Sounds should be done according to the following general method. Sit comfortably on the edge of a chair with your spine erect and your head held upright. Place your feet flat on the floor with the knees slightly apart and rest the palms of your hands on your thighs. Make all your inhalations through the nose and direct your breath into the lower abdomen. Expand the lower abdomen while inhaling and contract it when exhaling, so that the breath completely leaves the body. The exhalation should be much longer than the inhalation. When exhaling a sound, do so from the lower abdomen, not from the throat.

Although the inhalation through the nose remains the same for each of the six different sounds, the manner of exhalation differs for each, and the instructions and effects for each sound are provided below. After inhaling and expelling a sound, breathe normally through the nose for a couple of breaths before making the sound again; this will avoid making your breathing erratic or agitated.
Repeat each syllable six times.

1. Shoo
Making the sound shoo alleviates problems associated with a sense of malaise. The vibration of this sound positively affects the liver and gall bladder. Purse the lips and make the sound shoo for the length of the exhalation. The jaw should be slightly open and your tongue curled slightly upward.

2. Haa
Making the sound haa alleviates anger. The vibration of this sound calms the heart and regulates the small intestine. Open the mouth wide and generate the sound haa. The tip of the tongue is held lightly against the inside of the lower teeth.

3. Hoo
Making the sound hoo regulates the body temperature, so as not to become too cold. The vibration of this sound balances the spleen, pancreas, and stomach. Purse the lips and make the sound hoo. The jaw should be slightly open and the tongue curled slightly downward.

4. Sss
Making the sound sss helps to regain equilibrium in the nervous system and body generally. The vibration of this sound cleanses the lungs and regulates the large intestine. With the upper and lower teeth held gently together and the tongue placed directly behind the teeth, draw the lips back and make the sound sss.

5. Foo
Making the sound foo regulates a high body temperature. The vibration of this sound stabilizes the kidneys, bladder, and adrenal glands. Purse the lips and make the sound foo. The jaw should be slightly open and the tongue drawn slightly back and up towards the roof of the mouth.

6. Shee
Making the sound shee relieves stress, tension, and anxiety. The vibration of this sound regulates the blood circulatory system and the central nervous system. If you are under stress, the sounding of this syllable should be performed thirty-six times. With the upper and lower teeth held gently together and the tongue pressing lightly against the upper teeth, draw the lips back and make the sound shee.

Stuart Alve Olson has been a practicing Taoist for over 30 years and has studied with the famous Taoist master T. T. Liang (1900-2002). He lectures throughout the world and lives in the San Francisco Bay Area.

"Of all the self-help books I have read, this book was the easiest to understand and to actually follow."

Tao of No Stress