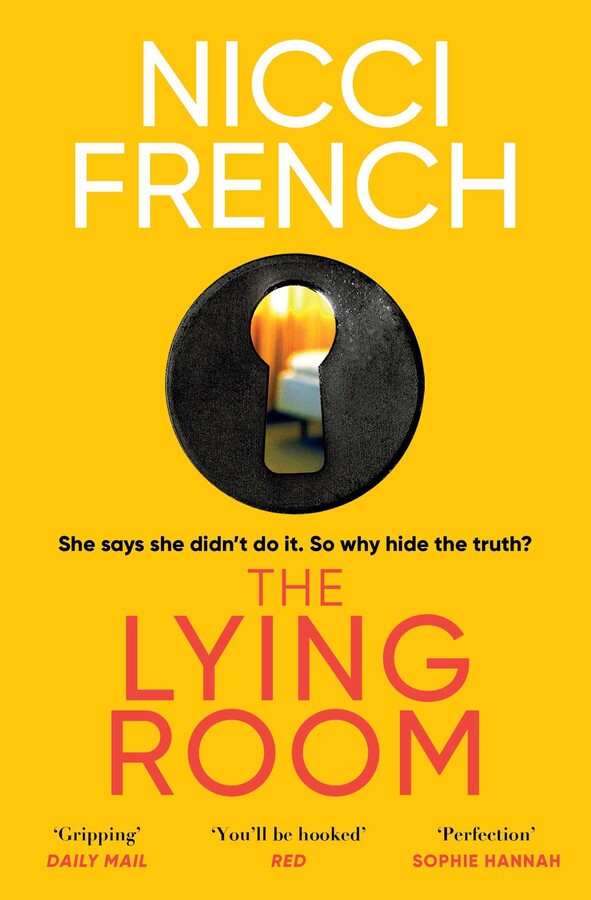 *** THE BRAND NEW STANDALONE NOVEL FROM THE MASTER OF PSYCHOLOGICAL SUSPENSE ***
'Confirms Nicci French as the giant of the genre, upon whose shoulders other writers stand' Erin Kelly
‘French… who single-handedly revamped the psychological thriller in the 1990s, show they remain as expert at suspense, plot and the psychology of stressed heroines’ Sunday Times
'The Lying Room is a return to their roots, and oh boy, is it a good one… With its terrifying premise… The Lying Room isn't merely a return to the form of Nicci French's earlier chillers – it's even better' Observer
‘It’s Nicci French perfection – which, as we all know, is the best kind of perfection. So, so gripping and brilliantly clued' Sophie Hannah
‘The Lying Room reasserts Nicci French as the master of duplicity, suspense and sleight of hand’ Sam Baker
'The hook of The Lying Room is chilling… From the very first page, Nicci French remains one step ahead of us as we race to unpick Neve Connolly's deadly tangle. Expertly paced, psychologically sharp, thoroughly enjoyable' Louise Candlish
‘You know a book's gripping when you sneak away at any opportunity to read it. Meticulously plotted, psychologically astute’ Sarah Vaughan
‘This book is a pure adrenaline rush!’ Jenny Colgan

Neve Connolly looks down at a murdered man.
She doesn't call the police.

‘You know, it’s funny,’ Detective Inspector Hitching said. ‘Whoever I see, they keep saying, talk to Neve Connolly, she’ll know. She’s the one people talk to, she’s the one people confide in.’
A trusted colleague and friend. A mother. A wife. Neve Connolly is all these things.
She has also made mistakes; some small, some unconsciously done, some large, some deliberate. She is only human, after all.
But now one mistake is spiralling out of control and Neve is bringing those around her into immense danger.
She can’t tell the truth. So how far is she prepared  to go to protect those she loves?
And who does she really know? And who can she trust?
A liar. A cheat. A threat. Neve Connolly is all these things.
Could she be a murderer?