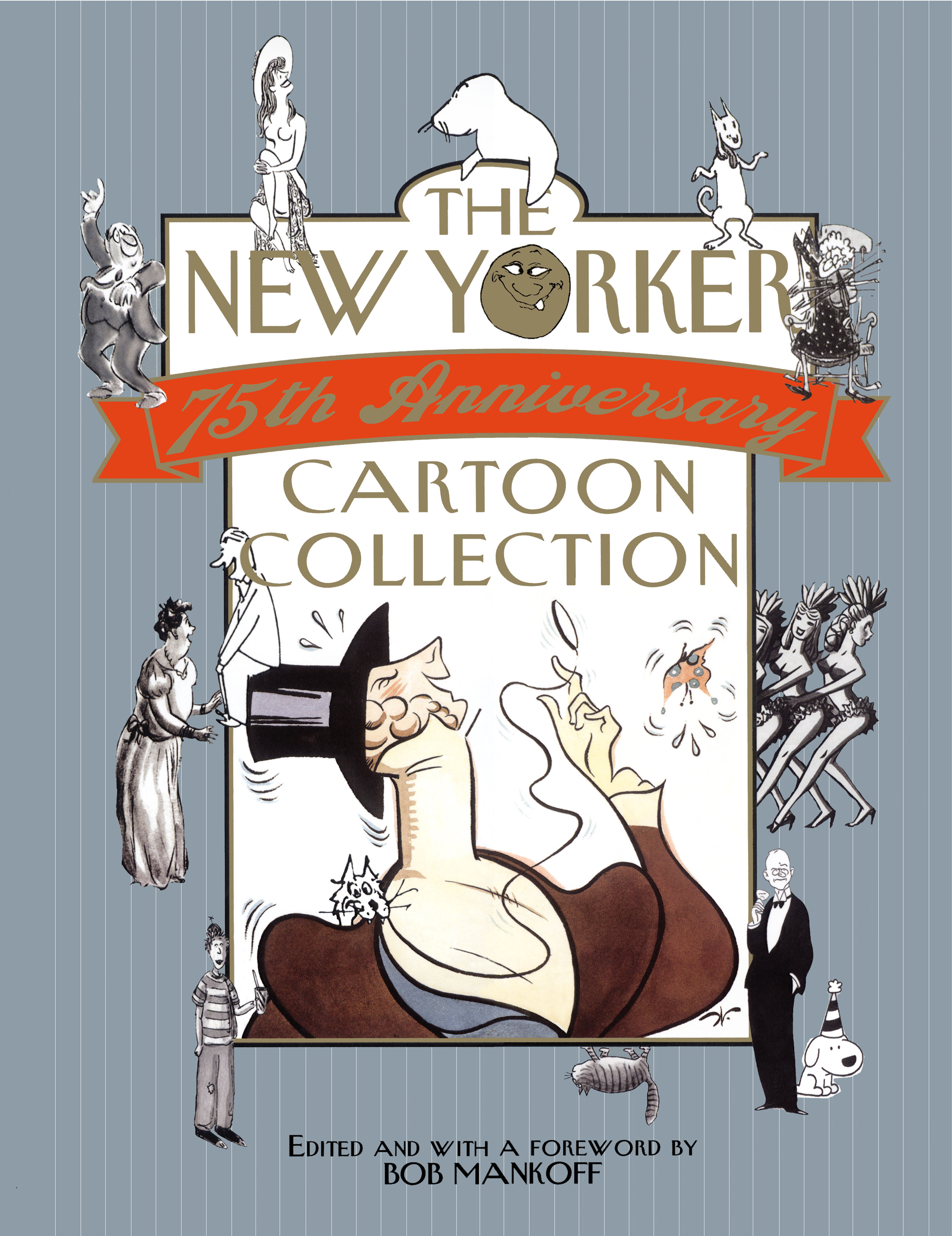 If you like inexpensive restaurants where the main course is Beluga caviar, radio stations that play nothing but your favorite hits, and airlines that automatically upgrade you to first class and never lose your luggage, forget it. There's no such thing. But here's a dream that actually comes true: The New Yorker 75th Anniversary Cartoon Collection, the biggest and funniest collection of New Yorker cartoons ever assembled. From the unforgettable classics to contemporary favorites, this drawing gallery of comic genius spans nearly the entire 20th century!

This satisfyingly bulky volume brings together the best of every New Yorker reader's favorite feature of his or her favorite magazine. Edited and introduced by New Yorker cartoon editor and no-slouch-himself cartoonist Bob ("How about never -- is never good for you?") Mankoff, The New Yorker 75th Anniversary Cartoon Collection is a riotous panorama of three-quarters of a century of life, love, business, society, and human nature as seen by the most gifted comic artists on the planet -- Peter Arno, Charles Addams, Mary Petty, Roz Chast, William Steig, Jack Ziegler, and many more. Besides reminding us of how fresh the old favorites remain, The New Yorker 75th Anniversary Cartoon Collection unearths page after page of long-forgotten gems that startle us with their perspicacious commentary on the ever-changing world around us and the neverchanging ways we react to it, cope with it, and stumble (or, occasionally, triumph) over it.

The New Yorker 75th Anniversary Cartoon Collection is too thick to be Scotch-taped to the refrigerator or pinned on the bulletin board, but every one of these on-the-nose cartoons yields an insight that stays sharp -- and stays funny -- every time. The New Yorker's cartoons and its cartoonists are one of the great treasures of the century. Trusting their keen eye for the idiosyncrasies of people and the caprices of culture, we know we can rely on them to make us laugh, over and over again, as they reveal what we are really thinking about -- usually before we realize it ourselves.

BOB MANKOFF became The New Yorker's cartoon editor in 1997. He is also the founder and president of The Cartoon Bank, a division of The New Yorker, which maintains the internet's only searchable cartoon archive. He has published four collections of his own work and has edited five other New Yorker cartoon collections, most recently The New Yorkers 75th Anniversary Cartoon Collection.