The Gap Between Our Fantasies and Reality

From a bold new feminist voice, a book that will change the way you think about your sex life.

Fifty years after the sexual revolution, we are told that we live in a time of unprecedented sexual freedom; that if anything, we are too free now. But beneath the veneer of glossy hedonism, millennial journalist Rachel Hills argues that we are controlled by a new brand of sexual convention: one which influences all of us—woman or man, straight or gay, liberal or conservative. At the root of this silent code lies the Sex Myth—the defining significance we invest in sexuality that once meant we were dirty if we did have sex, and now means we are defective if we don’t do it enough.

Equal parts social commentary, pop culture, and powerful personal anecdotes from people across the English-speaking world, The Sex Myth exposes the invisible norms and unspoken assumptions that shape the way we think about sex today. 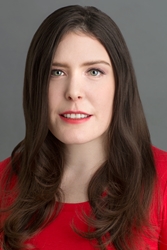 Rachel Hills is an Australian journalist living in New York City. Her work has been published widely both in print and online, in publications including Vogue,  NYMag.com, Cosmopolitan, The Atlantic, The Daily Beast, and many others. Her blog, Musings of an Inappropriate Woman (RachelHills.Tumblr.com), has more than 100,000 subscribers spanning the globe. The Sex Myth is her first book.

“Hills argues persuasively that when our value is tied to sexual desirability and performance, we live with a new kind of shame…The Sex Myth provides a clarifying framework for understanding new versions of old contradictions…Hills makes a smart argument against that strain of neo- or anti-feminism that would have women rebel against objectification by objectifying ourselves.”

“Rachel Hills has written a bracing and brave interrogation of contemporary assumptions about sex – how and with whom and why we have it, and what it means if we don't. Here is a fresh voice and a welcome perspective, cutting through attitudes that are supposed to be progressive and liberating, but can too often oppress and stifle us just as effectively as older taboos.”

“A thoroughly engaging new book…one filled with as many “aha!” moments as this one, is going to be enough for plenty to pick it up. If you’re interested in beauty and physical appearance on top of that, The Sex Myth has even greater wealth. Hills skillfully lays out the ways that sex has become entwined with people’s images, including how we use appearance to give a managed vision of sexuality.”

“Based on interviews, research, and her own observations, Rachel Hills proposes, in The Sex Myth, cutting edge ideas about – and smart solutions for – the gulf between the lofty and often warped ways our current culture depicts and views sex and the way modern sex actually is. A pragmatic, refreshing, and interesting look at and discussion of the way we live and love today.”

– Cathi Hanauer, author of Gone and editor of The Bitch in the House

“Rachel Hills intelligently and ably dissects the myth that to be satisfied and sexually relevant we must diligently exercise (and enjoy!) the freedoms of our supposed sexual liberation. Through the stories of real men and women, she lays bare the truth that despite its advertised “empowerment” and “adventure” this new prescription is no different than those past: by imposing a narrow definition of sexual relevance, it implies that most of us are not measuring up. The Sex Myth offers an inclusive alternate definition of sexual freedom, in which we are at liberty to enjoy whatever pleases us. Rachel Hills is bound to find a place on the shelf alongside Ariel Levy, Naomi Wolf, and Jennifer Baumgardner.”

“Pretty much everything you think you know about sex – from magazines extolling mind-blowing orgasms in positions only Cirque de Soleil can accomplish, to sit-coms' nudge-nudge allusions, or fifty shades of any color – is wrong, says Rachel Hills. And thank goodness, too! The gap between these media-spooned fantasies and our actual sex lives is enormous, and is designed to leave most of us feeling like sexual losers – which keep us consuming more fantasies. In a book that is both assured and reassuring, Hills reminds us that there are as many sexualities as there are people, and that most of us find sex fun, intimate, communicative, and pleasurable. Which means – big exhale – we're probably doing it right.”

“Feminist and journalist Rachel Hills spent seven years researching the limits of our cultural understanding of sex. In what may bring huge relief to readers, the resulting book, The Sex Myth, proves through scientific and anecdotal evidence (Hills conducted almost a thousand interviews around the Western world) that when it comes to sex, there is no normal…Part of the beauty of The Sex Myth is that it unearths interviewees who, unlike in the single story, are experiencing a dry patch…Hills’ work is important; as well as giving us the language to deconstruct enforced sexual norms, she allows us to discover the sex lives of hundreds of different people. And in this, The Sex Myth dismantles the single story.”

"Hills, a feminist, goes directly to where many feminist writers don't—right into the hearts, rather than the hormones, of men."

“Rachel Hills thinks complexly about a subject we all too often simplify and helps us better understand the true diversity of sexual experience. We can never understand sex fully if we mythologize and misunderstand either its pleasures or its perils. She’s helped me think in new ways about the intricacies of cultural representations of sex and eroticism as we’re living them right now.”

“Hills teases out an admirable amount of concepts in the span of a short text… accessible language and a balanced perspective create a valuable introduction to problematic discourses around sexuality…A strong argument for reevaluating and further revolutionizing the framing of sex in contemporary society.”

"Of course we want to hear someone smart talk about sex."

“Hills demonstrates again and again how very narrow our supposedly liberated sexual norms are… Some of the most gripping accounts in The Sex Myth come from devout young people under pressure not to have sex outside of marriage… It's carefully crafted and well evidenced.

“Rachel Hills debunks the Sex Myth – “everybody and all the time” – through incisive interviews combined with Hill's own insight, compassion, and common sense. Individual choice is validated as the true path to sexual satisfaction: “Free to be You and Me” meets “Whatever gets you through the night,” and the result is joyful, inspiring, and, best of all, comforting.”

“An in-depth look at sex and sexuality that explores the attitudes, ideas, misconceptions, and cultural influences that guide millennials. Written by New York City-based journalist Rachel Hills, The Sex Myth is by turns scholarly and intimate, revealing the innermost thoughts and feelings of a small sample of interview subjects.”

“The Sex Myth is a very welcome addition to the many books about the changing culture of sex.”

The Gap Between Our Fantasies and Reality