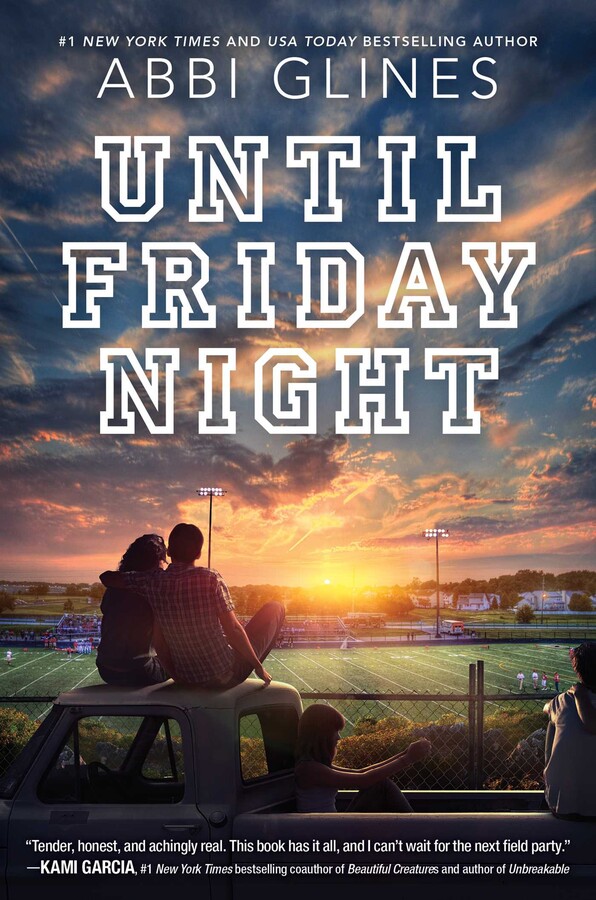 To everyone who knows him, West Ashby has always been that guy: the cocky, popular, way-too-handsome-for-his-own-good football god who led Lawton High to the state championships. But while West may be Big Man on Campus on the outside, on the inside he’s battling the grief that comes with watching his father slowly die of cancer.

Two years ago, Maggie Carleton’s life fell apart when her father murdered her mother. And after she told the police what happened, she stopped speaking and hasn’t spoken since. Even the move to Lawton, Alabama, couldn’t draw Maggie back out. So she stayed quiet, keeping her sorrow and her fractured heart hidden away.

As West’s pain becomes too much to handle, he knows he needs to talk to someone about his father—so in the dark shadows of a post-game party, he opens up to the one girl who he knows won’t tell anyone else.

West expected that talking about his dad would bring some relief, or at least a flood of emotions he couldn’t control. But he never expected the quiet new girl to reply, to reveal a pain even deeper than his own—or for them to form a connection so strong that he couldn’t ever let her go…

Abbi Glines is the New York Times, USA TODAY, and Wall Street Journal bestselling author of the Rosemary Beach, Field Party, Sea Breeze, Vincent Boys, and Existence series. A devoted book lover, Abbi lives with her family in Alabama. She maintains a Twitter addiction at @AbbiGlines and can also be found at Facebook.com/AbbiGlinesAuthor and AbbiGlinesBooks.com.

“Tender, honest, and achingly real—Until Friday Night captures the intensity of first love, the power of friendship, and the pain of growing up. This book has it all, and I can't wait for the next field party.”

Two years ago, Maggie Carleton witnessed a horrificevent. She saw her father murder her mother. Since that moment, she has notspoken a word. Even when forced to move in with her aunt, uncle, and cousin,she remains silent. West Ashbly is a super hot, popular, football-playing jockthat everyone wants to be friends with or date. No one knows the pain heendures every day having to watch his dad die from cancer. West does not feelcomfortable telling anyone about his father’s illness. However, when he meets agirl who cannot speak, he finally bears his soul. Maggie is just as shocked asWest when she responds, sharing her story with him. Having someone who canunderstand their pain and help them heal is a blessing for both of them. Glinesbelievably shows readers that love, trust, and friendship can result from somuch tragedy. The narrative illustrates that there is more to high school thanthe big game. VERDICT Romance fans will love therelationship between the protagonists and be sucked into the story line of thecircumstances that bring them together.

West Ashby seems to have it all—looks, a football future, and any girl he wants. No one, not even his closest friend Brady, knows that his dad—West’s biggest fan—is dying of cancer. Two years ago, Maggie Carleton saw her father murder her mother, and once she told police what happened, she refused to speak another word. Now Maggie lives with her cousin Brady’s family, and when she meets West, she sees the pain in his eyes that no one else recognizes. The bond between West and Maggie grows, and eventually
Maggie rediscovers her voice to walk West through his father’s final days. Aided by chapters that alternate between West’s and Maggie’s perspectives, what could be a typical romance—both are drop-dead gorgeous and could have anyone they want—is raised to a new level by Maggie’s self-imposed silence and the grief they are both experiencing. Glines’ novel will be welcomed by fans of Lurlene McDaniel who want something with more depth.