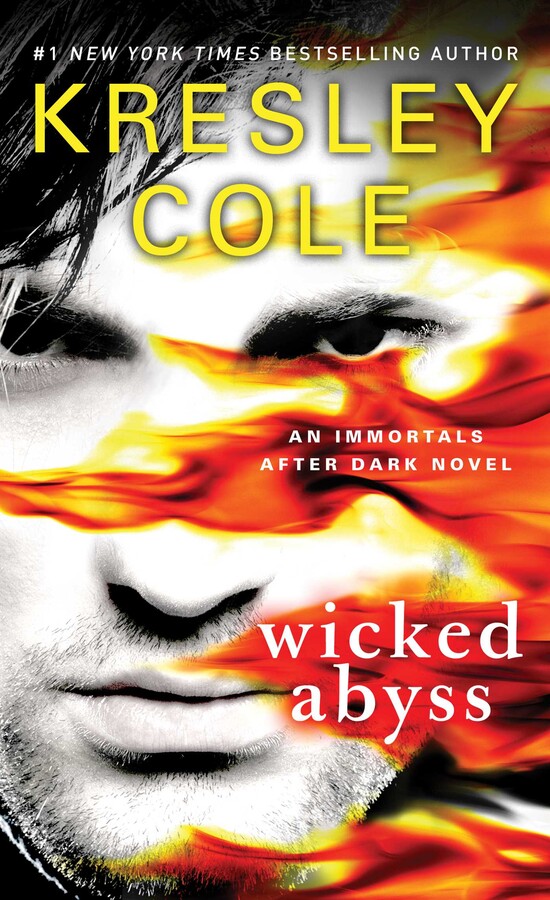 Book #18 of Immortals After Dark
By Kresley Cole
LIST PRICE ₹453.00
PRICE MAY VARY BY RETAILER

This fairy tale doesn’t end with a kiss in this spellbinding Immortals After Dark tale from #1 New York Times bestselling author Kresley Cole!

The terrifying king of hell...

As a boy, Abyssian “Sian” Infernas had his heart shattered by a treacherous fey beauty who died before he could exact vengeance. Millennia later, a curse has transformed him into a demonic monster—just as she’s been reincarnated. Sian captures the delicate but bold female, forcing her back to hell.

Princess Calliope “Lila” Barbot’s people have hated and feared Abyssian and his alliance of monsters for aeons. When the beastly demon imprisons her in his mystical castle, vowing revenge for betrayals she can’t remember, Lila makes her own vow: to bring down the wicked beast for good.

As Calliope turns hell inside out, the all-powerful Sian finds himself defenseless against his feelings for her. In turn, Lila reluctantly responds to the beast’s cleverness and gruff vulnerability. But when truths from a far distant past are revealed, can their tenuous bond withstand ages of deceit, a curse, and a looming supernatural war?

As King Saetth leisurely wiped blood off his sword, Lila choked down her fury.

Seated upon his throne, he took his time, keeping everyone in suspense. With two executions complete, only one trial remained.

Through one of the throne room’s towering windows, a ray of sunlight beamed over the king. His blond locks and his ornate crown—a wreath of gilded evergreen branches—seemed to glow. Even the sun wanted to touch him.

For all of her thirteen years, Lila had been just as enamored of him.

Off to the side, whispers sounded from her backstabbing royal cousins.

“Saetth’s about to behead his child fiancée!”

“The foulmouthed brat got used to being the king’s favorite.”

“Why isn’t the little bitch crying?”

“Or begging for her cursed life?”

Crying or begging? As if. Lila faced Saetth with her chin up and shoulders back, her pampered appearance belying her fortitude.

The perils of this fey court had honed her mettle. Learning from the mistakes of others had sharpened her acumen.

Yet nothing could stifle her unfeylike temper; after all, she’d been betrothed to Saetth since her birth, raised to become the queen of this realm. Rumor even held that she was a princess reincarnated.

Fate wanted her to be a queen.

Lila had worn a purple silk gown for this occasion; the color was royal—and defiant.

As the castle’s clock tower tolled, Saetth finished cleaning the weapon he always carried, the Ancestors’ Sword, the unifying symbol of their royal line. He raised the blade to the sunlight, eyeing the edge with his piercing blue gaze.

Her earliest memories were of sighing over his handsome face, imagining him as her husband and her dollies as the subjects they protected.

Yet now her king suspected Lila of treason?

How could her coldhearted parents have plotted against such a powerful ruler? They’d foolishly trusted an informer, leaving their only child’s life hanging in the balance.

Secrecy equals survival in this court.

They’d never cared about her—never pretended she was more than a valuable bargaining chip—which was one of the reasons she’d bonded so strongly with Saetth, who’d at least shown her attention. . . .

He sheathed his sword. Peering down at her, he began her trial with one question: “Why shouldn’t I believe you were involved in your parents’ plot to steal my crown?”

Lila pinned his gaze with her own uncanny one. Her defense consisted of eight words: “Because it still sits upon your godsdamned head.”

Saetth’s shock turned to amusement. “And that is why you remain my betrothed, Calliope of Sylvan, the queen of my heart.” He laughed, his gaze seemingly warm. “If there was ever a girl born to rule, you are she, cousin. But I too was born to rule, and I’ve kept this crown for millennia because I allow no threats to fester around me.” His smile disappeared as if it’d never been. “I hereby exile you from our woodland kingdom.”

Leave her beloved Sylvan? Lila would almost rather die. The forests were what separated the Sylvans from the other fey. The splendor of those great trees was equaled only by the shining, meticulous order of life at court.

Just two weeks ago, at a ball in her honor, the lights from a thousand candles had reflected in her jewels as Saetth had led her out to dance. The next day she’d run through the woods alongside bounding deer.

Separating her from this place would be like draining her veins of blood. “To where?”

Gasps sounded; some of her cousins tittered. He might as well have sentenced her to hell.

She would go from proudly displaying everything that made her a Lorean to hiding her very species from prying mortal eyes. From the order the fey so cherished to human chaos.

Saetth said, “We’ll see if my hothouse rose can survive among primitive humans.”

Lips drawn back from her teeth, she said, “Careful, cousin, this hothouse rose intends to flourish and grow sharp thorns.”

Saetth’s eyes flickered with excitement. He leaned down and said, “I am counting on it.”

“And if the fey-slayer finds me, what then?” Rune Darklight, a homicidal archer and one of the Møriør, was murdering the Sylvan line of succession. Lila was one of only fourteen left.

This castle had a barrier to keep Møriør out; she’d be vulnerable anywhere else.

“Test your new thorns against him,” Saetth said. As if any of the monstrous Møriør could be fought! “If you’re truly the queen I deserve, you’ll figure out something, I’m sure.”

“How long until I can return?” Six months? A year?

“Should there come a time when you can prove your loyalty to me through great personal sacrifice, I will provide you the chance to take your rightful place by my side. Until then, wait for my word. . . .” 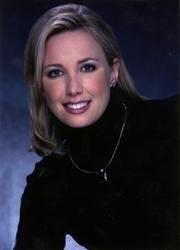 Kresley Cole is the #1 New York Times bestselling author of the Immortals After Dark paranormal series and the young adult Arcana Chronicles. Her books have been translated into over twenty foreign languages, garnered three RITA awards, and consistently appear on the bestseller lists in the US and abroad. Before becoming a writer, Cole was a world-ranked athlete, coach, and graduate student. She has traveled over much of the world and draws from those experiences to create her memorable characters and settings. She lives in Florida with her family and “far too many animals,” and spends any free time traveling. You can learn more about her and her work at KresleyCole.com or Facebook.com/KresleyCole. Sign up for Kresley’s email newsletter to receive the latest book release updates, as well as info about contests and giveaways (KresleyCole.com/Newsletter).

Book #18 of Immortals After Dark
By Kresley Cole
LIST PRICE ₹453.00
PRICE MAY VARY BY RETAILER

More books in this series: Immortals After Dark