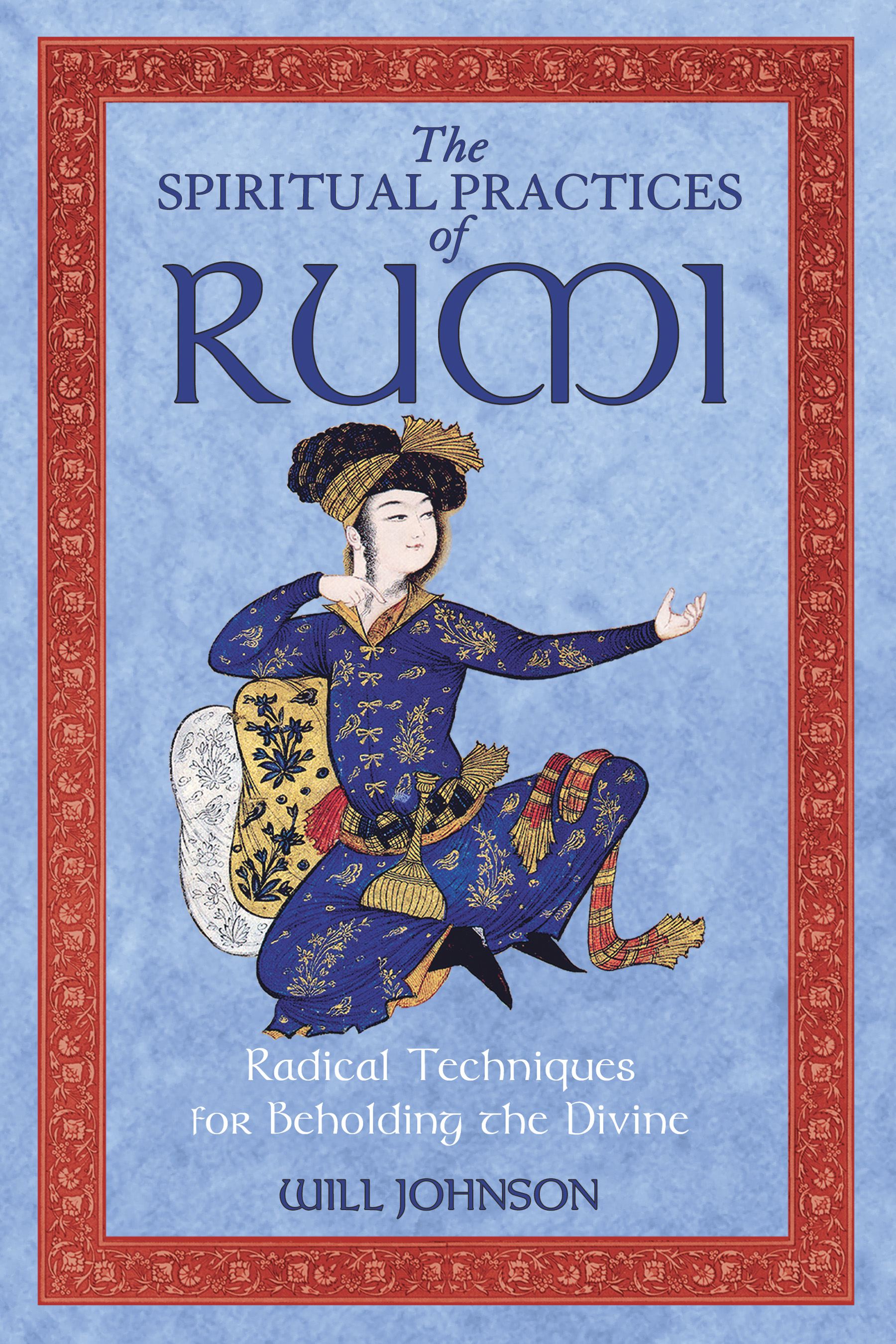 The Spiritual Practices of Rumi

Radical Techniques for Beholding the Divine

By Will Johnson
LIST PRICE ₹499.00
PRICE MAY VARY BY RETAILER

• Shows how, in 1244, Sufi poet and mystic Jalaluddin Rumi was first brought to a state of ecstatic union with the cosmos and all its creatures

One of the most extraordinary events in the history of Sufism occurred in 1244 when the Sufi poet and mystic Jalaluddin Rumi met a wandering seeker named Shams-i-Tabriz. Upon meeting, the two men immediately went into private retreat together, emerging ninety days later in a transformed condition.

In The Spiritual Practices of Rumi, Will Johnson reveals the radical spiritual practice that transpired between Rumi and Shams. To put it simply, they sat and gazed into each other’s eyes. Because the eyes are portals to the soul, their sustained gazing formed the basis of a devotional practice that opened the doors to a profoundly ecstatic state of divine union. Johnson draws on the poetry and prose of Rumi to unfold his story. He also explains how one may embark on the practice of intentional gazing to experience the state of ecstatic divine union shared by Rumi and Shams so many centuries ago.

Since the eyes are universally acknowledged to be the windows to the soul, when we hold the gaze of another, we hold and cradle his or her soul. This most intimate of acts is reserved as a privilege for people who love and trust one another. Newborn children are natural adepts at the practice and are often able to draw their parents into gazing at them for long periods of time. People newly in love may find that they automatically fall into gazing at each other as a natural expression of the love that they feel. In fact, this unintentional and spontaneous dissolving into the eyes of the other is often the signal that, at long last, they have finally found the beloved for whom they’ve been searching. When describing this newfound love, people will often rejoice that, finally, they have met someone who truly sees them as they are.

When eye contact between two people is initiated and maintained, an invisible energetic circuit is established between the two participants, dissolving the barriers that ordinarily separate them from each other, drawing them ever closer into a shared awareness of union. This experience of union is always pervaded by the feeling tone of love, just as the experience of feeling separate from others, as well as from the larger world we inhabit, tends to breed feelings of fear and alienation.

For me . . . the most extraordinary account of the practice of eye gazing can be traced to the meeting that occurred in Konya, Turkey, in 1244 between the renowned poet, Sufi teacher, and originator of the dance of the whirling dervish, Jalaluddin Rumi, and a wandering seeker named Shams-i Tabriz. Out of the many recorded stories and traditions of darshan, it is the story of this grand and divine spiritual love affair that I have chosen to focus on in this book as a way of presenting and explaining the practice of gazing at the beloved, and there are several reasons for my doing this.

In the first place, I feel deeply drawn to the story of Rumi and Shams because both Rumi’s ecstatic expression of his understanding through the medium of words and his great, uninhibited love for wild music and dancing are dear to my heart and closely parallel my own path of practices. Also, the connection between the two men is one of the most well documented encounters of this kind that exists, although such a statement may come as a surprise to practitioners of Sufism for whom the relationship between Rumi and Shams has always been enshrouded in secrecy and presented as a profound mystery. In truth, very little of what actually transpired between these two great friends has ever been recorded, and Rumi himself was reluctant ever to speak directly about the practices that he and Shams were engaged in during their long retreats.

However, out of the explosion that occurred through Rumi’s encounter with Shams, Rumi began spontaneously writing some of the most splendorous poetry about the soul’s return to God that has ever been composed, and his writings are voluminous. If you read the poetry with an eye to the practices that will be presented in this book, you quickly realize that allusions to the practice of gazing at the beloved--and even explicit instructions and descriptions of it--are everywhere. These clues trail through Rumi’s poetry and discourses like shiny pebbles that we drop along an unmarked path in a forest to help us find our way back home. Indeed, the practice of gazing at the beloved truly signals a great homecoming for the participants who are fortunate enough to have found one another.

It is my sincere hope that this book will serve, at least partially, to clear up the 750-year-old mystery about what Rumi and Shams were actually doing behind the closed doors of their retreat room. From all accounts, what the two were doing together was nothing less than dying into love, and such an experience is rightly spoken of as a mystery. But wouldn’t it be wonderful to participate ourselves in the practices that let them grow wings and fly toward the sun? If we could know that, then we too could grow those wings and set out ourselves on this greatest of journeys.
Will Johnson

Will Johnson is the founder and director of the Institute for Embodiment Training, which combines Western somatic psychotherapy with Eastern meditation practices. He is the author of several books, including Breathing through the Whole Body, The Posture of Meditation, and The Spiritual Practices of Rumi. He lives in British Columbia.

“In these most troubled of times, Johnson makes available for any and all the secret of beholding the divine in sacred friendship. This makes for sensitive and intriguing reading that goes right to your heart.”

– José Argüelles, author of Time and the Technosphere

“A fascinating and quite plausible account of what may have transpired between Jalaluddin Rumi and Shams-i-Tabriz behind the closed door of their retreat room. It should be read by all serious students of Rumi.”

“Instead of recycling old information, Will Johnson brings new light to the understanding of Rumi with this book. This is how we can bring Rumi to our life rather than bury him in scholarly libraries.”

"Since meditation is so often seen as a solitary practice, and since so many of our human interactions are superficial avoidance of genuine intimacy, I wholeheartedly recommend this book. Because of its meditative nature, and because of its promise of opening the heart and vision to the deeper nature of all around us, it seems especially appropriate for those engaged on the Ovate and Druid paths."

– Karl Schlotterbeck, Henge of Keltria, May 2008

The Spiritual Practices of Rumi

Radical Techniques for Beholding the Divine

By Will Johnson
LIST PRICE ₹499.00
PRICE MAY VARY BY RETAILER

More books from this author: Will Johnson